I would have expected a more formal announcement than just this:

Update: Gurobi has retracted the original statement. It still would be good to have some more visibility on the status of MSF.

As users have pointed out, Microsoft has not been active on the Solver Foundation forums since Nate left.   We have been quiet while we have gone through restructuring and planning.  Some would say we have been too quiet.  We know we have very loyal and enthusiastic users who want to know the future of Solver Foundation.  So, here is a long overdue statement about our plans for Solver Foundation.

The current 3.1 release of MSF will be the last release as a standalone install.  We are working hard on integrating Microsoft Solver Foundation into a larger analytics framework that will help users build both prescriptive and predictive analytics.  We look forward to releasing this new product for your use as soon as we are able to do so.  This new product will provide a migration path for current Solver Foundation users and partners.

We would like to continue to keep the current forum open to the community to discuss MSF until the release of the new product. However, Microsoft will be providing limited support of MSF in terms of monitoring the forums and providing bug fixes during this transition time.

We have been responding to email and will continue to do so.  If you have feedback on issues/bugs/improvements, we welcome your feedback via msfsupport@microsoft.com.  Please check back on the forum for future announcements with regards to the new analytics product.

Thanks for your support.

I am not 100% what this means. Looks like it is going away from a somewhat API centered product largely aimed to programmers who also do want to do some optimization, towards something that has more enterprise umpf (“analytics framework”). I assume this means moving more in the direction of SAS and Fico, i.e. more emphasis on other things such as data base, statistics, data mining than on pure optimization.

Posted by Erwin Kalvelagen at 12:37 PM No comments: 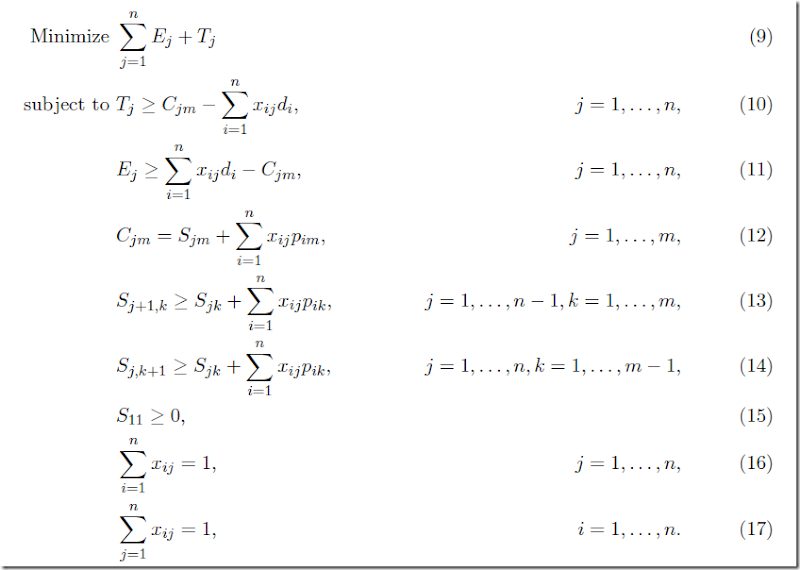 Gurobi version 5.0 is out

Some of the new additions and enhancements include:

Posted by Erwin Kalvelagen at 11:35 AM No comments:

Is it possible to implement a kind of a boolean addition to binary variables.

X and Y ara inputs, Z is a result.

So this would be sometning like a logical .OR. addition?

This can be formulated as a set of inequalities:

The variable Z can be relaxed to a continuous variable between 0 and 1 (it will be integer automatically).

Posted by Erwin Kalvelagen at 9:05 AM 2 comments: